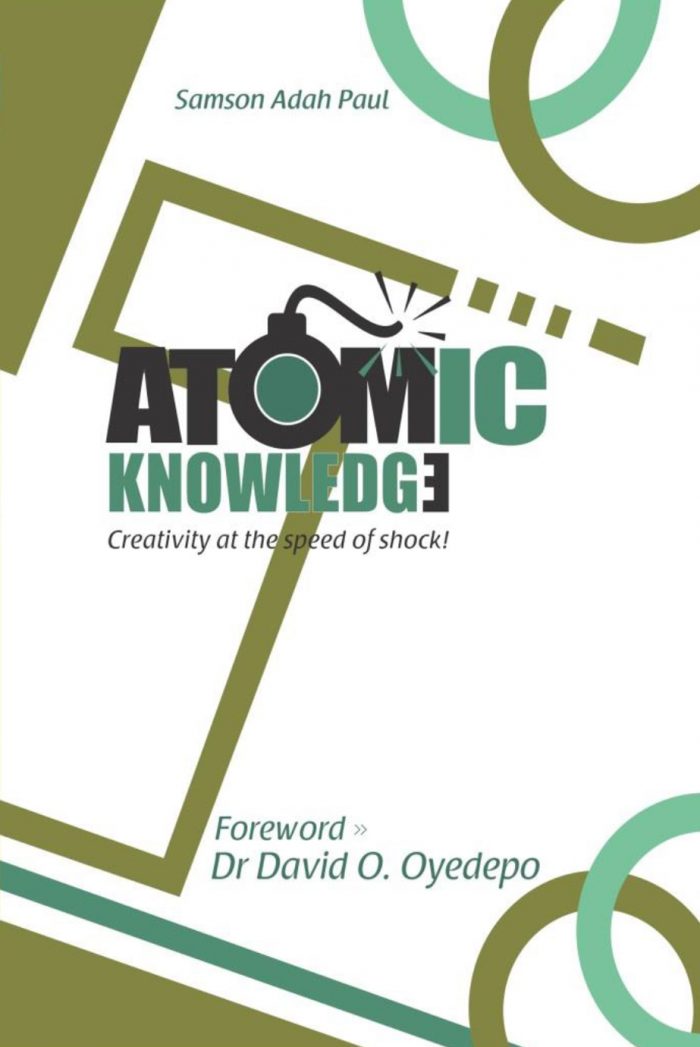 Atomic Knowledge by Samson Adah Paul unveils creative thinking secrets that shall empower you to maximize knowledge for inventions, for product development and for sustainable wealth creation.

It is a matter of great regret and concern that several decades after obtaining the flag-independence majority of African nations still remain comparatively underdeveloped.

Conventional wisdom attributes this sad state of affairs to a dearth of sterling, value-adding leadership, but I have always had a different take on the matter. I hold the view that the major reason for Africa’s arrested growth is a lack of genuinely committed and creative thinkers at the highest echelons of governance!

Truth be said, Africa has had very many leaders in its chequered history; but unfortunately very few committed and people-oriented thinkers.

I am happy to note that this is a view similarly canvassed by the author of this marvelous book. Readers will definitely find the arguments so poignantly and succinctly espoused in Samson Adah Paul’s new book – Atomic Knowledge, highly thought-provoking.

We must never mistake schooling for education. It is possible to spend two years in school and still not be educated

I became so frustrated with visiting inner-city schools that I just stopped going. The sense that you need to learn just isn't there. If you ask the kids what they want or need, they will say an iPod or some sneakers

The things taught in schools and colleges are not an education, but a means to an education.