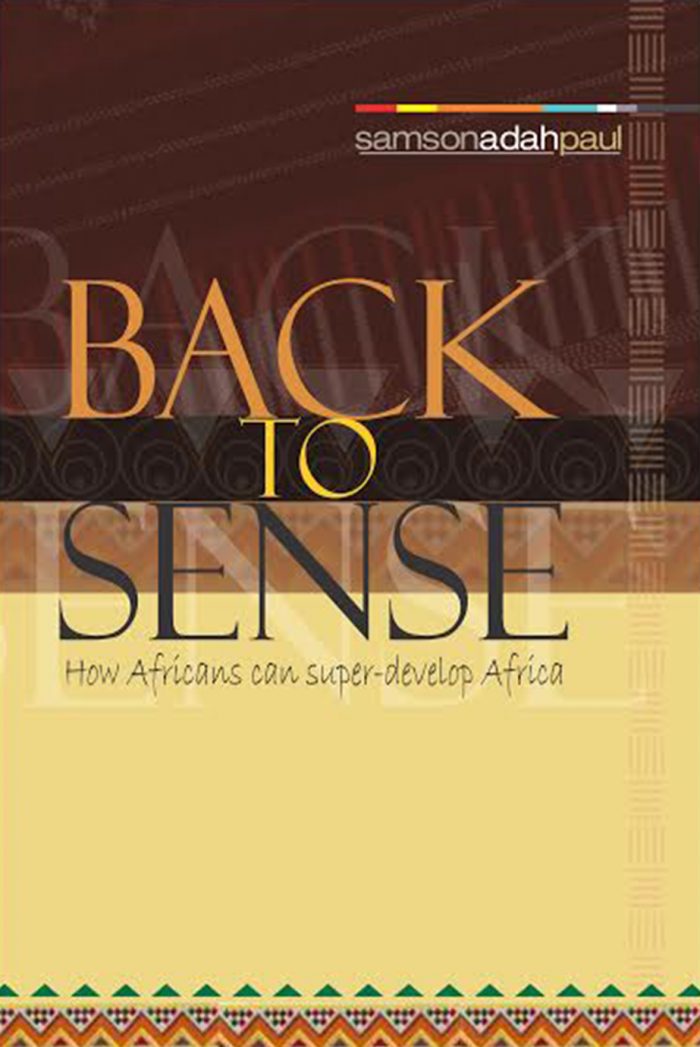 Thus, the most life-threatening disease is not the loss of the ‘human-Immune System’; it is the loss of the human mental-system. Treasures are useless to a man that has lost his senses. A mad man has potential, but he can’t put the potentials to work, because he has lost his mind; he may have studied from HARVARD or CAMBRIDGE, yet he can’t be productive because his mind is out of place, if anything at all, he can only be producThief.

If you see a mad-man hungry, homeless and out of concern you get him a job with a blue-chip company, a house in a high profile housing estate, then you’re kidding; all he needs to have his dignity restored is to have his mind fixed. Africa wouldn’t need all the foreign aids she is receiving if her mind is settled.

Back to Sense is written to restore men to a positive-state-of service.

his work will stop Africans from cleaning the London underground trains and get back to sense, please read it and think deeply. this is a Cola for the old and young people of Africa

There is an African story to be told, a story about the secrets of productivity that has for centuries eroded Africans. it is just so timely that the story chose Samson to tell it

Samson is a pioneer with words, a with indelible insight into the way things are and the way they ought to be. The highest level of achievement is to do something that has never been done, to use your innate and God-given abilities and that's exactly what Samson has done and is doing; Words and the Search for the Truth of Things are his callings.